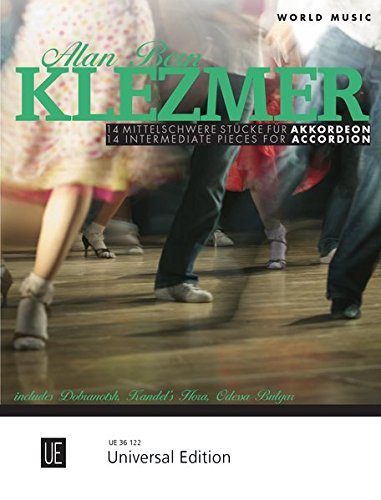 Klezmer music remains popular in Europe thanks to the folk revival of the late 1960s. Alan Bern is a long-time proponent of Klezmer music and its performance on accordion. The accordionist collected and arranged this exceptional edition of traditional Yiddish melodies for intermediate players.
In keeping with international standards, the collection has a strong focus on the notation and chord indications of the left hand. Bern adds helpful tips on performance and his notes on all of the pieces.