Carl Friedrich Uhlig is credited with inventing the German style concertina in the town of Chemnitz in Saxony, Germany.  A true Chemnitzer concertina has its own unique layout but we apply the term loosely to also include Carlsfelder and American concertina layouts.  The various layouts are most comparable to the Anglo concertina system and come in various keys.  These instruments were commonly played in Central Europe and by many European immigrants in the USA. 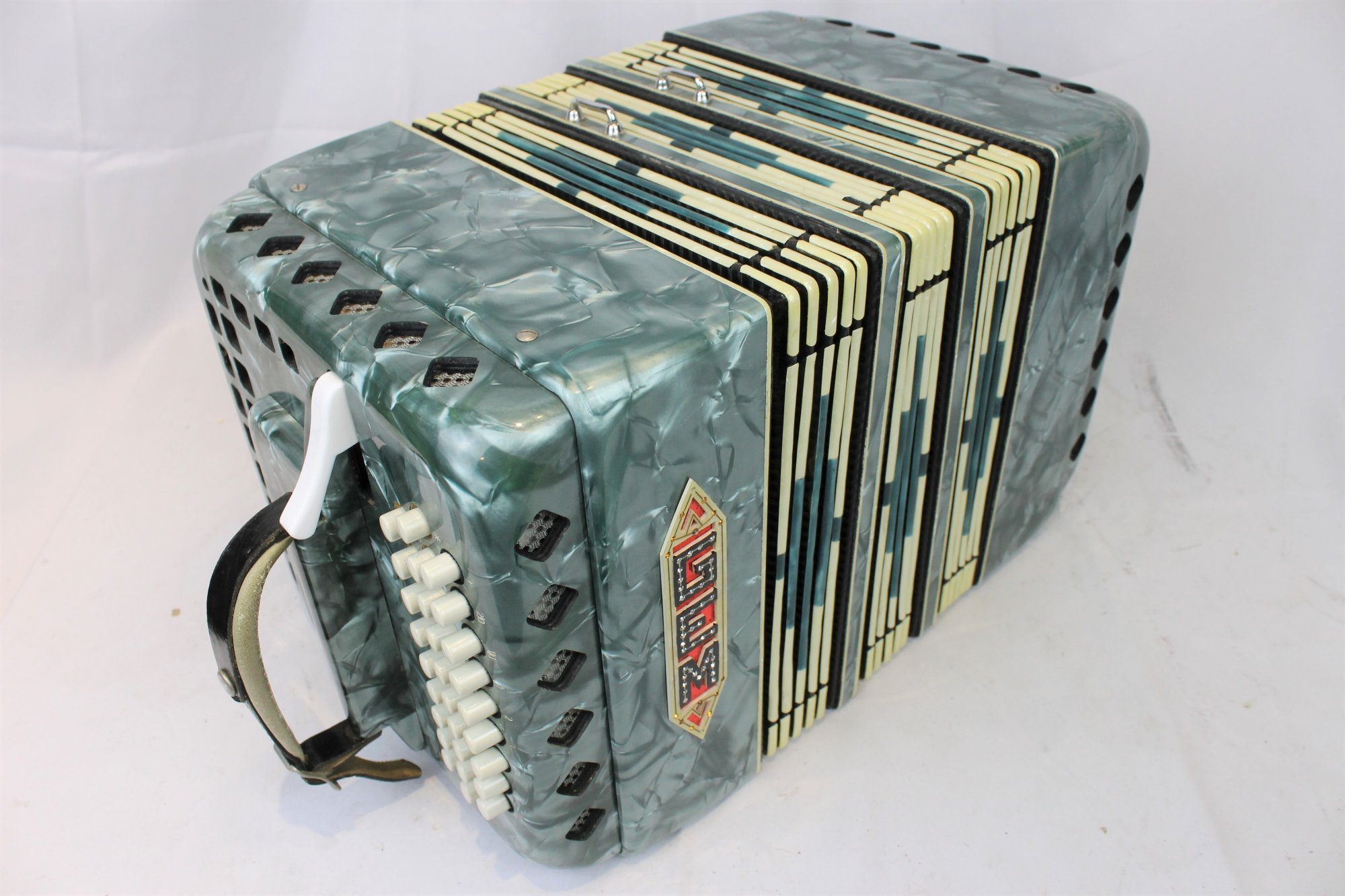 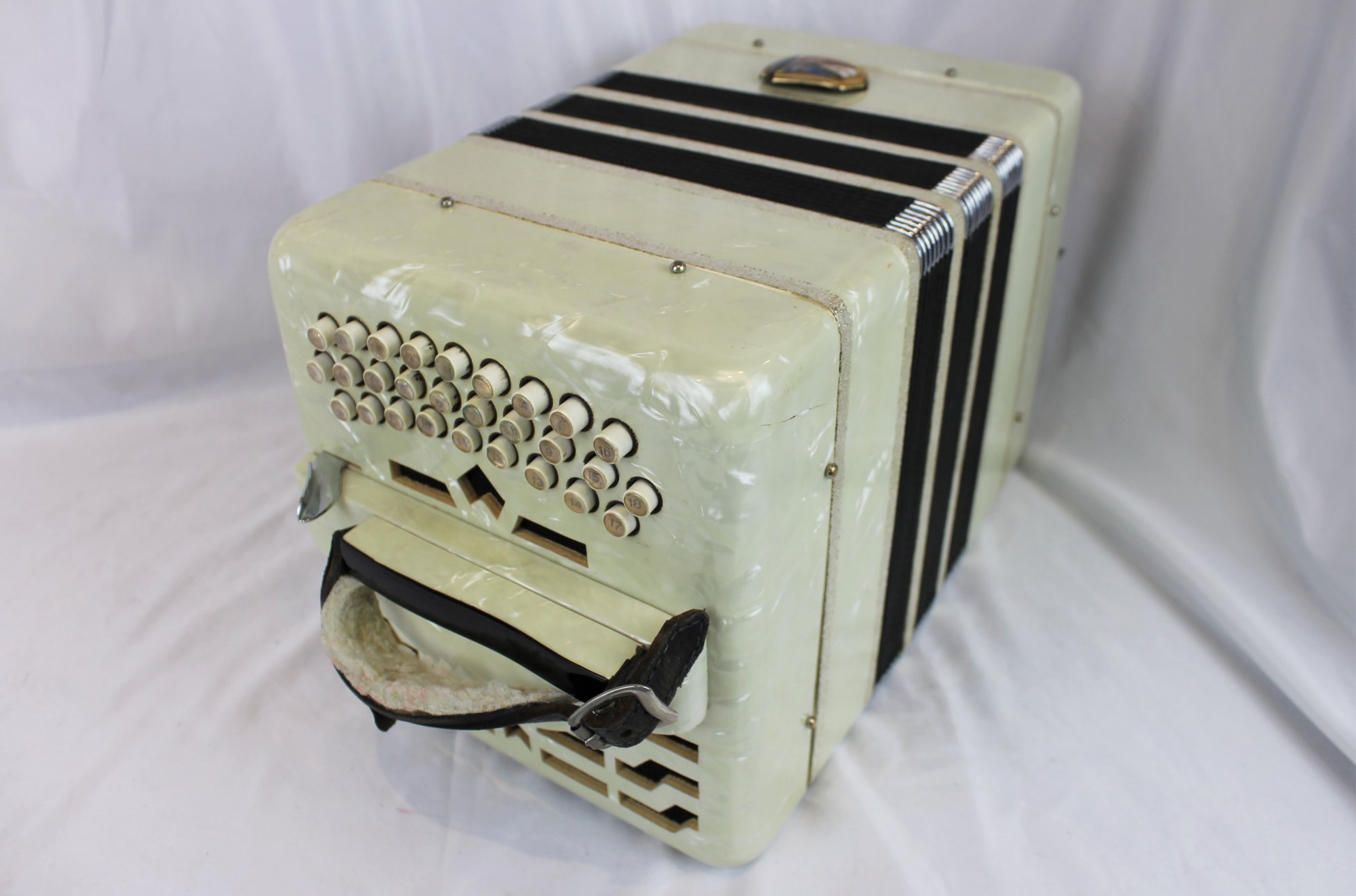 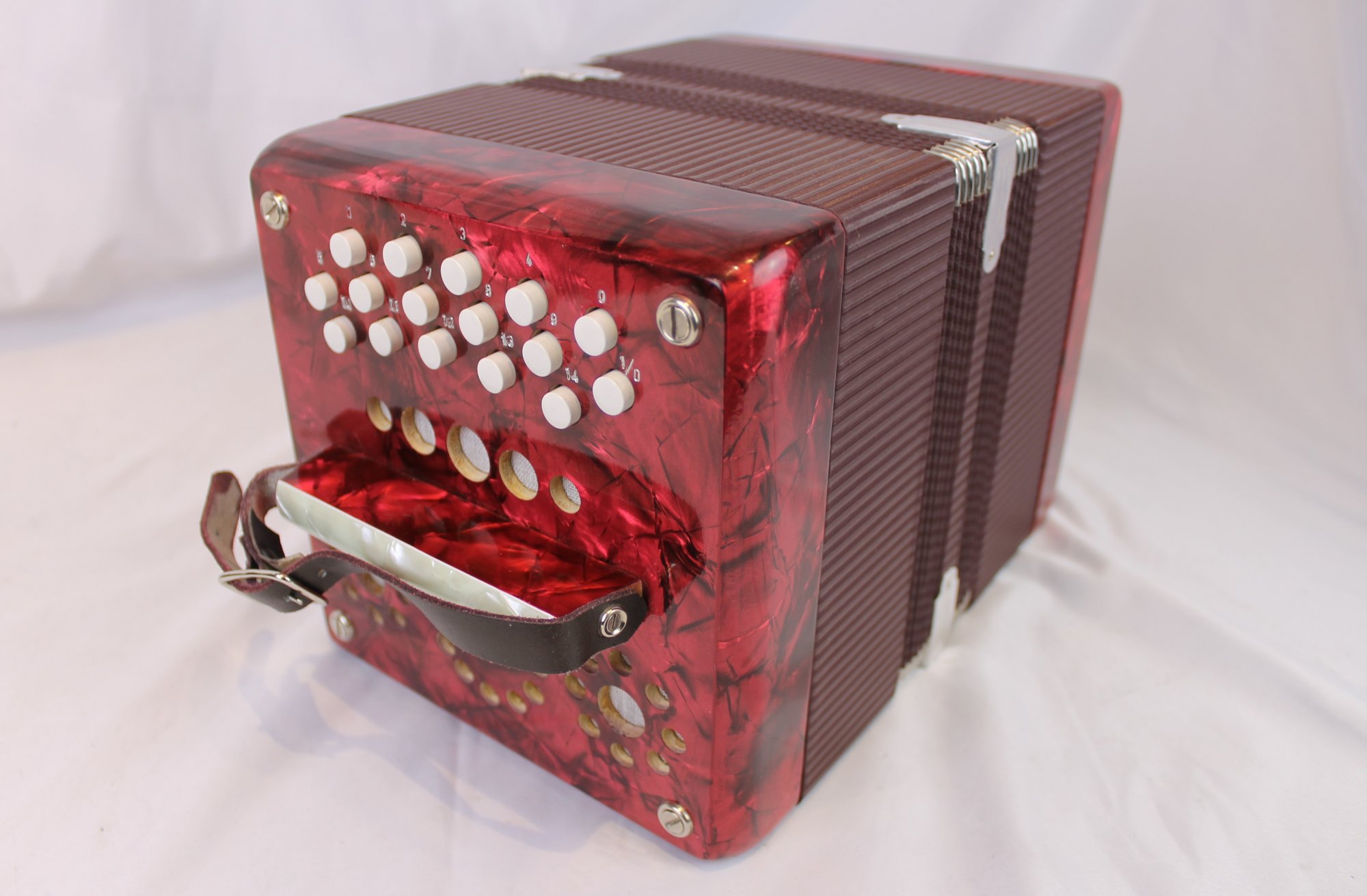