From German Churches to Argentinean Brothels

Heinrich Band invented the self-titled "Bandonion" to expand the reach of the German concertina from folk music to religious services.  However, the bandoneon's true calling emerged as it was transported to the New World by immigrants.  The bandoneon found a new home in tango music with humble beginnings among the brothels of Argentina. Tango has since evolved to become a rich and established folk tradition and it's most famous player is Astor Piazzolla who integrated the bandoneon with classical and jazz music. 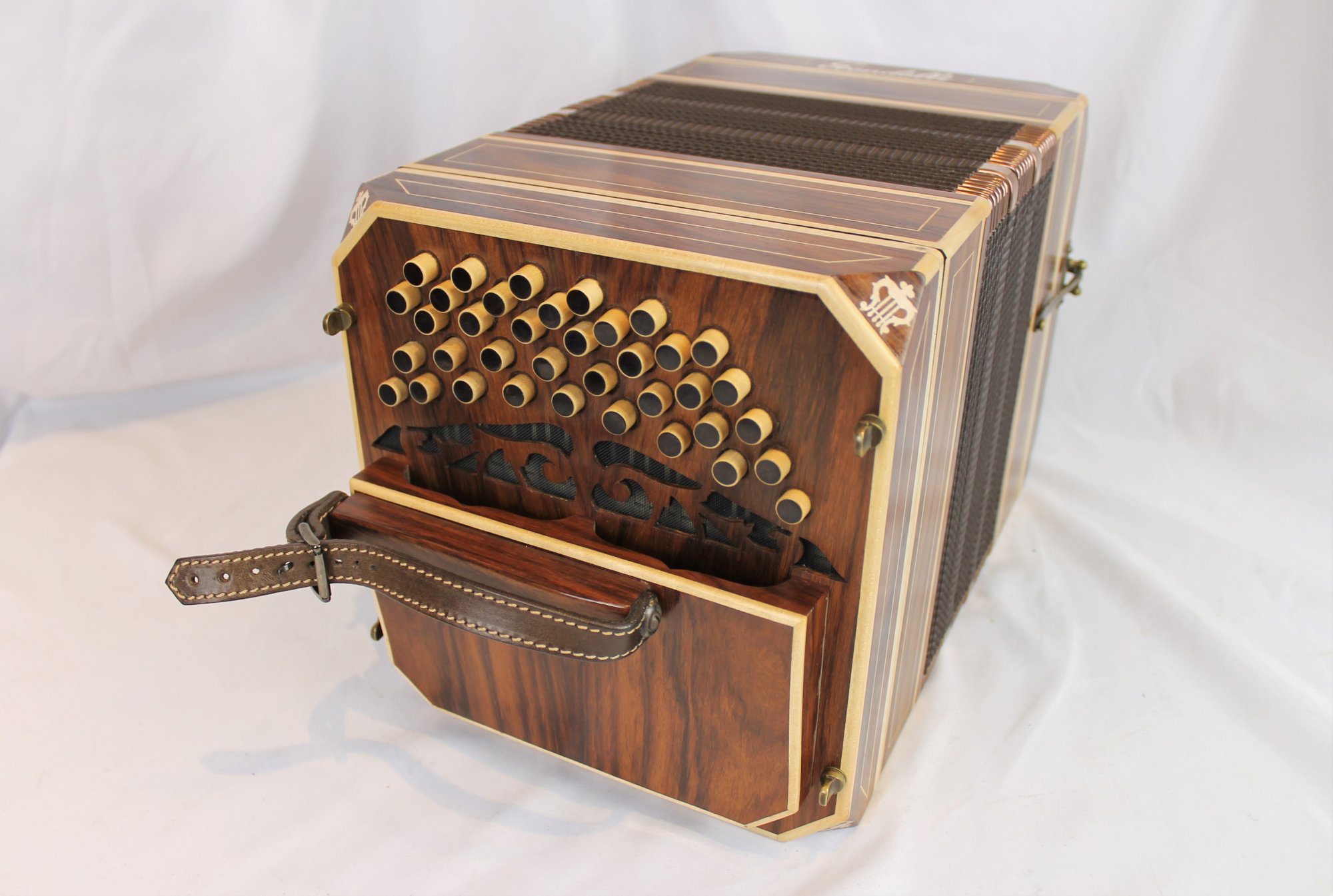