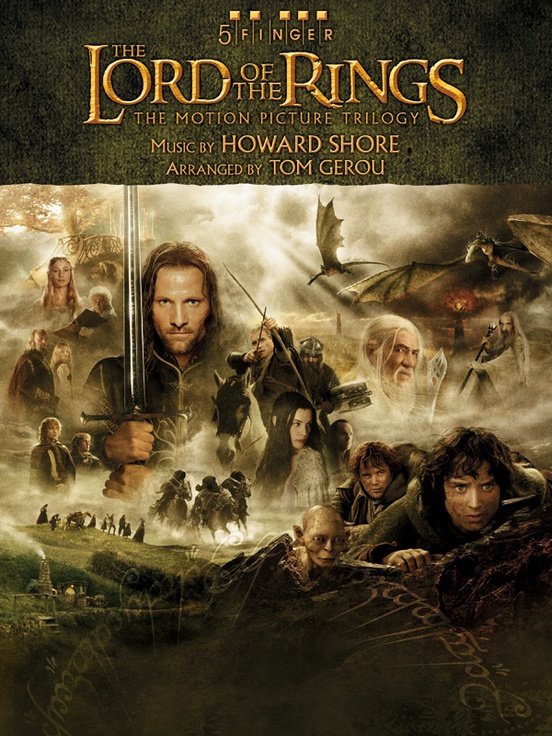 For the first time, Howard Shore's award-winning music for The Lord of the Rings trilogy is now available as a deluxe volume of 5 finger piano arrangements. Adorned with gorgeous color stills from the motion pictures, this is the ultimate musical tour of Middle-earth for beginning pianists. These arrangements are set in traditional 5 finger style, with the melody split between the hands. For performance ease, student parts have no key signatures, dotted quarter notes, triplets, or sixteenth notes. Optional duet accompaniments are provided for a fuller, richer musical experience.
Titles: The Prophecy * Concerning Hobbits * In Dreams * Rohan * Evenstar * Forth Eorlingas * Gollum's Song * Minas Tirith * The Steward of Gondor * Twilight and Shadow * The Return of the King * Into the West.