Clifton Chenier: 60 Minutes with the King of Zydeco (CD) 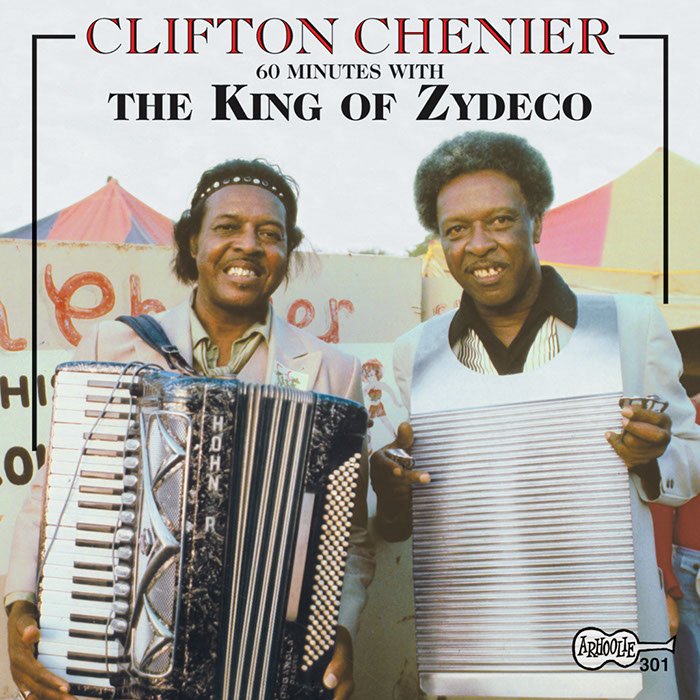 These 15 selections, drawn from Clifton Chenier's various Arhoolie releases, constitute his most popular recordings from 1965 to 1987, when he reigned supreme as the King of Louisiana Zydeco music.
Chris Strachwitz, founder of Arhoolie Records, described Clifton Chenier this way: “We're not jiving when we call Clifton Chenier the greatest accordion player ever to come out of the zydeco tradition—but even that grandiose statement misses the point. To a remarkable extent, Clifton Chenier invented the modern zydeco style; to this day there are a whole slew of Louisiana bands making decent money playing Clifton's songs in Clifton's style. He is one-of-a-kind—a genius musician, a unique, remarkable, human being.” This album includes 15 of Chenier’s best-sellers from the archives of Arhoolie Records.